The world’s economy depends on international shipping to transport goods from manufacturers and suppliers in one country to customers in another. Despite container shortages and the COVID-19 pandemic, shipping is critical in delivering goods door to door.

Here are seven surprising facts about shipping to help you better appreciate the role and importance of international cargo exports.

You May Need to Complete an Export Declaration

Depending on local laws and regulations, the shipping company or the international freight forwarder may need to complete and submit an export declaration to their local customs authority. As part of the customs clearance process, an export declaration must be sent before shipping goods from the origin to the destination country.

An export declaration document is a form similar to a commercial invoice. It contains information regarding the merchandise, such as its type, quantities, and estimated market value.

Customs clearance offices use export declarations to assess the value of goods for customs duties and collect data on international trade and shipping. Custom agents primarily use the data for statistical purposes.

Hong Kong Airport is the Busiest in the World

Although it isn’t the largest airport in East Asia by size, the Hong Kong International Airport (HKIA) is the busiest in the world for cargo traffic. In 2020 alone, more than 4.5 million metric tons of cargo passed through this airport.

According to data compiled by the Hong Kong government, over 120 companies provide logistics services linking cargo to and from HKIA. These logistics firms link HKIA to 220 other destinations worldwide, frequently offering highly competitive air freight rates.

Part of the reason for this is Hong Kong’s advantageous location. Aircraft from HKIA can reach half the world’s population within approximately five hours, making it a highly strategic origin port for international transport and logistics providers, whether as a port of origin or a port of destination.

Despite this convenience, there was a 7% decline in cargo traffic in 2020 due to COVID-19-related supply chain disruptions, resulting in sharp increases in shipping costs.

However, as of 2022, the demand for air freight and cargo throughput in HKIA is slowly recovering. The progressive easing of lockdowns and resuming manufacturing capacity in China are improving operating conditions for supply chain firms operating in Hong Kong.

Maritime Piracy is Still a Problem

In the 21st century, you may find it surprising that maritime piracy is still a significant worldwide shipping challenge. Piracy is a prominent safety hazard to sea-faring logistics companies in many parts of the world. According to the International Chamber of Commerce (ICC), the Gulf of Guinea represented 43% of all piracy incidents seafarers reported in the first quarter of 2021.

Other piracy hotspots near international shipping routes include the South China Sea, the Gulf of Aden, the coasts of Benin, Somalia, and Nigeria, and the Malacca Straits.

The threat of piracy has notably caused an increase in marine insurance rates, as modern-day pirates typically demand a ransom in exchange for safely releasing the cargo and the crew.

In 2020, there were 68 separate incidents of piracy, including crew kidnappings. Container shipping firms generally take ocean-faring security seriously in response to this threat, adopting a number of security measures to defend themselves against pirates. For example, an international transport company may hire the services of guard ships, employ armed security guards, or use ship-mounted defense devices. 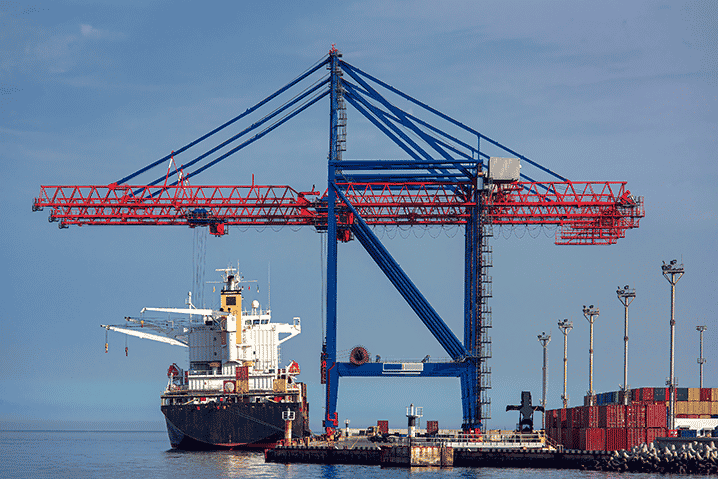 Most Goods Are Transported By Sea

Although the demand for air freight remains high, ocean shipping is still the primary mode of transport for shipping goods internationally. The primary reason is capacity; though ocean freight is the slowest of the three primary modes of transport (land, sea, air), cargo ships can transport far higher cargo volumes than trains, planes, or trucks.

Consequently, more than 90% of the world’s goods are shipped via ocean freight. The shipping industry, specifically maritime freight services, plays a vital role in ensuring the global economy remains on track.

At the same time, most passenger aircraft are also hauling freight, which comprises 5-10% of the airline industry’s revenue. The United States Postal Service leases cargo space aboard most commercial flights.

According to the International Chamber of Shipping (ICS), a global trade association, more than 1.5 million seafarers (approximately 790,000 officers and 754,000 ratings) are crewing over 50,000 merchant ships, keeping international trade running.

The world’s seven largest shipping lines (Mediterranean Shipping Company, Maersk Line, CMA CGM, COSCO, Hapag-Lloyd, Evergreen, and ONE) own or operate over 3,100 ships, and their container shipping operations represent over 19.7 million TEU worth of goods.

The primary supply countries for qualified seafarers are China, Indonesia, Russia, Ukraine, and the Philippines. However, while seaborne trade continues to grow, there is a shortage of qualified seafarer personnel.

It may be a surprise to some just how much fuel a container ship consumes while transporting international shipments.

The quantity of fuel a container ship requires depends on its engine capacity, fuel tank size, and trade route selected. For these reasons, fuel costs are among the biggest expenses for logistics companies, container shipping firms, and freight forwarders.

Although the average shipping line freighter’s fuel consumption varies depending on its size, containership, and speed, a typical ship with a cargo-carrying capacity of 7,000-8,000 TEU traveling at 21 knots per hour would consume approximately 125 tons of bunker fuel per day or about 29,700 gallons.

For example, traveling the Los Angeles to Tokyo shipping route (20,321 nautical miles) at this speed would take a little over 40 days and consume about 5,040 tons of fuel, or just under 1.2 million gallons of fuel.

Fuel consumption increases due to two factors: increased ship travel speeds and higher cargo weights. For instance, a Panamax container ship (cargo-carrying capacity: 5,000 TEU) at its top speed (between 20 and 25 knots per hour) can consume up to 63,000 gallons of fuel per day.

In the United States, Customs and Border Protection (CBP) is responsible for managing international trade, regulating the import and export of goods, and collecting import duties. CBP also conducts inspections on some imports.

However, it may be surprising to learn that the agency only inspects a relatively small fraction of cargo ships entering U.S. ports.

Due to the sheer volume of shipments to the U.S. (totaling more than $2.5 trillion), it’s not viable for CBP to inspect them all. Instead, the agency uses the Automated Targeting System (ATS) to calculate the risk according to several variables.

Although CBP doesn’t reveal the exact factors and details, the following are taken into consideration by ATS:

If the ATS system tags a particular logistics firm’s container, CBP agents will inspect it with customs specialists. A typical cargo inspection takes several days (5-6 depending on traffic), after which the agents decide whether to release or confiscate the cargo.

At Asiana USA, we offer sea and air freight forwarding services to clients in East Asia and North America, helping them facilitate long-term business relationships and international transactions. Navigating international shipping, customs, and regulations can be difficult for those unfamiliar with the procedures.

Asiana USA can handle all your freight forwarding needs, from shipping and inspection to documentation and customs procedures. For more information about our services or to request a quote, call us at (855) 500-1808. 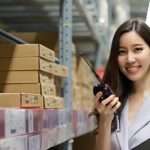 Shipping and Importing from Vietnam to the US 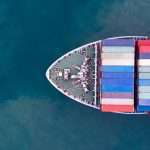 How the Coronavirus Affects the Shipping Industry 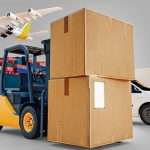 Top International Shipping Tips To Be Thankful For 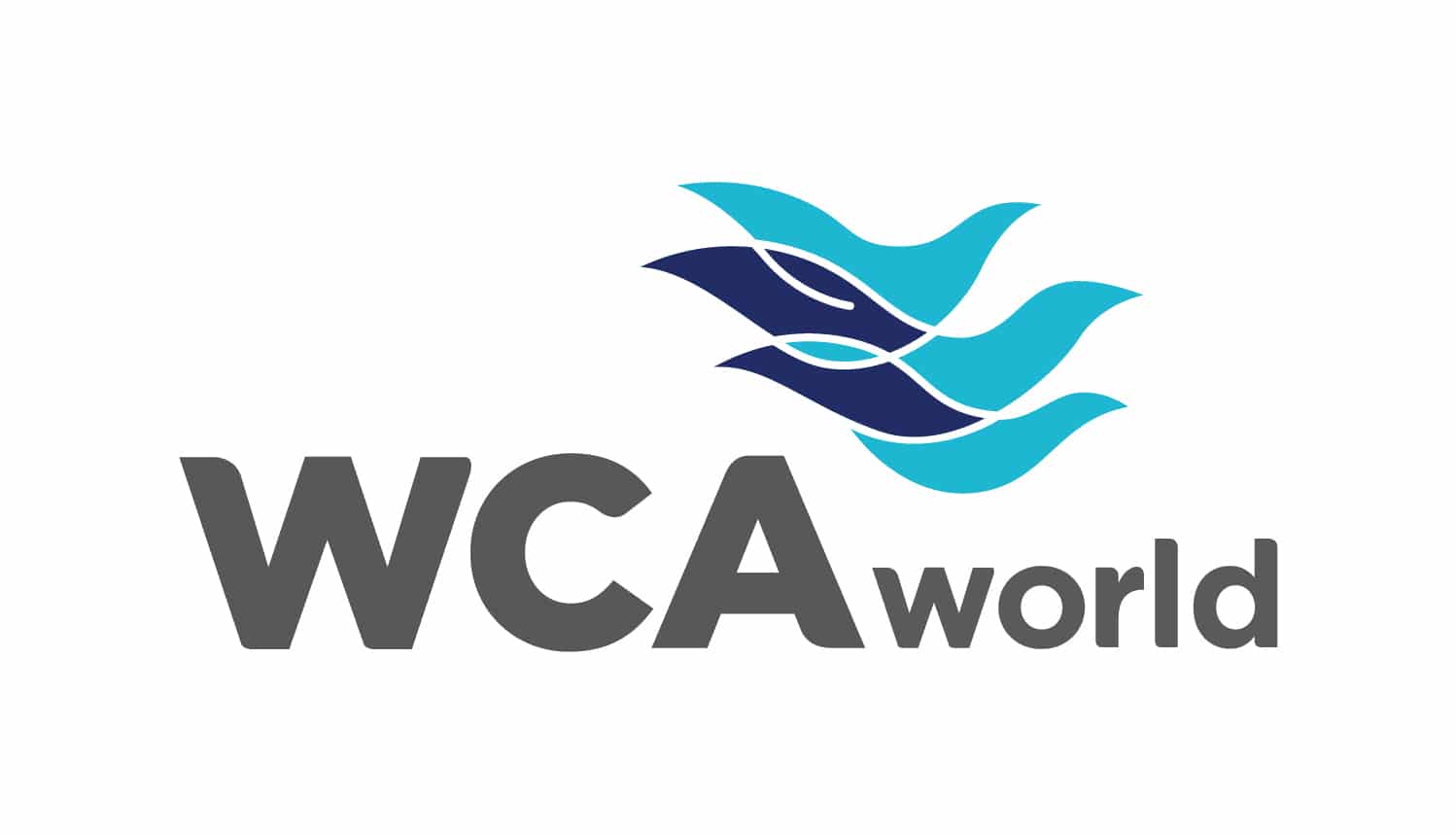